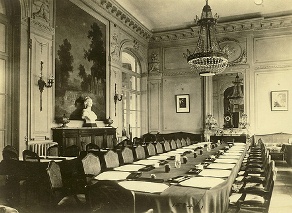 Amid the new round of very bad press that Penn State University is enduring with the release of the damning Freeh report, we encounter an all-too familiar story: a governing board asleep at the switch. Writing in the Chronicle of Higher Education, former Penn State administrator Donald Heller distills the indictment:

Sometimes good people make bad decisions. But this situation goes well beyond that tired observation. The Freeh report is nothing less than an indictment of malfeasance on the part of the leadership of the university, including the Board of Trustees. The board is portrayed as providing inadequate oversight of the administration, being overly deferential to the president and his decisions of what to bring before the board, and unwilling or unable to ask the difficult questions necessary to ensure that the university, its reputation, its assets, and the broader community were protected.

We are seeing here in a university setting something found all too frequently in the corporate world: an inclination on the part of board members to cede unchecked power and discretion to the executives whose actions they are supposed to be overseeing. Chief executives all too often have too big a role in selecting board members, who then reward them with not just undeserved loyalty but also casual oversight, which breeds boards that turn out to be lax when time of crisis requires their serious watchdoggery. The inevitable end result is a board under fire for not doing the job it should have been doing all along. This is not just a sad story, but also an old and recurring one.