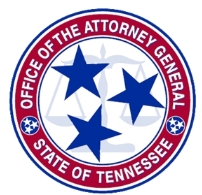 The Tennessean editorialized Sunday in favor of popular election of the state attorney general. Tennessee is one of just seven states that don’t elect the AG, and the only state where the AG is chosen by the judiciary (by the Tennessee Supreme Court). In five of the other six states the governor appoints the AG, and in one state the legislature appoints.

Yesterday’s editorial represents a bit of a shift for the daily fishwrapper:

In the past, the editors of this newspaper have praised Tennessee’s status as the only state whose chief lawyer is chosen by the judiciary branch. But the world changes, and with it our expectations. In this era of ever-more-divisive government and heightened risk of corruption through big, anonymous campaign contributions, some priorities have shifted — although not those that matter most: fairness and the belief that the will of people should prevail. In other words, it’s time for voters to get fully involved in how the state of Tennessee is run, and that means popular election of its attorney general, as is the case in 43 states.

Putting aside the editorial’s clumsy attempt to justify a change in position with vapid assertions about “ever more divisive government” and “heightened risk of corruption,” they do reach the right conclusion: the AG should be elected. Many of my liberal fellow travelers will stridently disagree. They defend the current system as one that breeds the appointment of intelligent moderates who privilege legal analysis over ideology, keeping the AG’s office out of the hands of rabid conservatives who might win a statewide election. True that, but do the ends justify the means?

I think not. An elected AG is compelled to advocate with vigor for the people who put him or her in office, which offers the prospect of a more assertive watchdog over popular interests in realms of consumer protection and corporate malfeasance. Some will say, “but the nutter who might win popular election in deep red Tennessee won’t do those things.” Maybe, maybe not, but deciding whether an office should be elected or appointed on the basis of the expected electoral result is both bad public policy and bad democracy. And by the way, the current arrangement does represent an intractable conflict of interest — the Tennessee Supreme Court appointing the state’s chief law enforcement officer, who manages an office that routinely does business in that and other courts on behalf of the state.

There is another argument not mentioned in the Tennessean editorial: we also should elect the AG because we need more statewide elective offices. It is not a good thing that U.S. Senators aside, the election for governor is the only statewide race we have. The lieutenant governor should be elected as well. The parties need more opportunities to develop political bench strength in the heat and light of statewide races.

The current AG, Bob Cooper, is by all accounts a thoughtful human who, given an elected AG, could well be replaced with someone less measured and more ideological. I probably won’t be happy at all with the newly elected AG, and the constructive role that AG legal opinions have played in recent years tempering some of the worst impulses of the legislature will likely diminish. But those are reasons to try to win an election, not reasons to have no election at all.