← Debate Round 2: As My Guitar Gently Veeps
Compelled Speech at Work II →

Vote for Romney … Or You’re Fired! 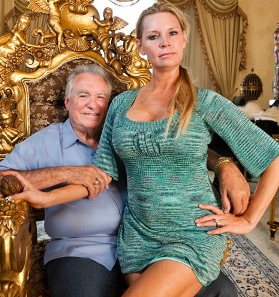 The Queen of Versailles is a grimly hilarious (or hilariously grim) documentary about timeshare magnate David Siegel and spousal unit Jackie, and their ill-fated effort to build the biggest house in America, a 90,000-square-foot monstrosity inspired by, yes, Versailles. Good flick. David Siegel is back in the news this week with an email to his hordes of employees telling them that they can expect to be canned if Barack Obama is re-elected. Excerpts from Siegel’s missive:

There is no question that the economy has changed for the worse and we have not seen any improvement over the past four years. In spite of all of the challenges we have faced, the good news is this: The economy doesn’t currently pose a threat to your job. What does threaten your job however, is another 4 years of the same Presidential administration….

Unfortunately, the costs of running a business have gotten out of control, and let me tell you why: We are being taxed to death and the government thinks we don’t pay enough. We pay state taxes, federal taxes, property taxes, sales and use taxes, payroll taxes, workers compensation taxes and unemployment taxes. I even have to hire an entire department to manage all these taxes. The question I have is this: Who is really stimulating the economy? Is it the Government that wants to take money from those who have earned it and give it to those who have not, or is it people like me who built a company out of his garage and directly employs over 7000 people and hosts over 3 million people per year with a great vacation?….

If any new taxes are levied on me, or my company, as our current President plans, I will have no choice but to reduce the size of this company. Rather than grow this company I will be forced to cut back. This means fewer jobs, less benefits and certainly less opportunity for everyone. So, when you make your decision to vote, ask yourself, which candidate understands the economics of business ownership and who doesn’t? Whose policies will endanger your job?

Read the entire email here. Siegel has every right to tell his employees whatever he wants about his political views or his sex life or his bowel movements. Hey, it’s a free country … especially when you own the email system.

But this notion that Barack Obama, a middle-of-the-road neo-liberal who sucks with vigor at the campaign finance teat of Wall Street and venture capital, and who wants to cut business taxes just like the Mittster, is some sort of enemy of the profiteering capitalist class is simply delusional. Yes, Mr. Siegel, Obama would, given his policy druthers, raise your marginal tax rate by a few percentage points. America’s heart bleeds for the devastating hardships this will bestow upon you and your empire.