The Business of Governing 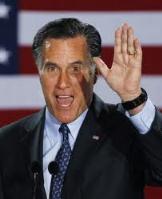 Michael Lind asks if we need a businessman in the White House:

At first glance, it might seem plausible that successful private sector leaders understand the modern national and global economies. But doing well in one part of the economy is quite different from understanding what is good for the economy as a whole …. Running an economy that is good for business is radically different from running a business, in a number of ways.

Agreed, although Lind undersells the important point that “running an economy” is not the president’s responsibility. The temptation by the Mitt Romneys of the world to say, essentially, “I’d be a good president because I’ve run businessy stuff” misconstrues the job as predominantly managerial. Yes, a president does have to manage the organization that is the White House, and preside over the large bureaucracy we know as the executive branch, and there is ample evidence that these aren’t Barack Obama’s strong suits.

But in terms of the impact of a presidency, these are small parts of the gig compared to big picture matters of policy and diplomacy, which bear virtually no resemblance to the kind of experience one gets wearing a suit in the private equity world. Given an ideologically neutral choice for president (or governor or mayor) between an intellectually nimble, thoughtful person who grasps the nuances of policy, diplomacy, and political philosophy, and a competent, pragmatic alternative who knows his or her way around a boardroom, I’ll take the egghead every time.

Lind also wonders, if business types would do so well, why there have been so few:

The vast majority of American presidents have been career politicians, who moved up in state politics before aspiring to a national stage. And most presidents who worked in the private as well as the public sector were lawyers, not corporate managers or investors.

This analysis is less successful: equating the rarity of a thing with its merits might work in the rare gemstone trade, but as argument goes it falls short of the mark. Given rather limited evidence that our system results in the election of outstanding political leaders, it makes little sense to draw inferences about ideal qualifications from the attributes of those who have held office in the past.