When I told a CNN reporter last week that surely, the Virginia case of a sheriff’s deputy fired for “liking” his boss’s opponent will be overturned on appeal, it didn’t occur to me that any reputable constitutional scholars would make a case to the contrary. But surprisingly, according to a story Monday in the Hampton Roads, Virginia Daily Press, First Amendment expert Robert M. O’Neil at the University of Virginia thinks the lower court ruling dismissing the deputy’s case could stand. Here’s how the Daily Press reported O’Neil’s comments:

O’Neil said he didn’t agree with Jackson when the judge seemed to indicate that “actual statements” were needed for something to qualify as free speech. But he said he agreed that more evidence is “crucial” to determine if someone was expressing a view by hitting the “Like” button.

“I am not sure that I would recognize that hitting the ‘Like’ button is an expression,” said O’Neil, who said he’s typically a strong supporter of the ACLU and free speech.

“Judge Jackson I think is correct,” he said. “‘Liking’ something isn’t sufficiently expressive, not by itself. There should some credible evidence of like or dislike that would create a context. I would expect evidence of intent, some context …more than simply pushing the ‘Like’ button.”

O’Neil said it was hard to know what the Court of Appeals would do, but he predicted that if the case ever got to the U.S. Supreme Court, “it would affirm Judge Jackson’s view” in some fashion.

O’Neil is no slouch — he’s a law professor emeritus at UVa, a former president of the university, and a former director of the Thomas Jefferson Center for the Protection of Free Expression. In a case where virtually every legal expert who has weighed in with an expectation that the District Court decision to dismiss will not stand, O’Neil’s input is a surprising reminder that there are two sides to any case. (But surely he’s wrong nonetheless!) 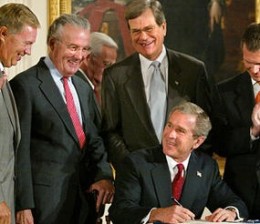 Ten years ago today the Sarbanes-Oxley Act (SOX) was enacted, supposedly ushering in a new post-Enron era of corporate governance. A New York Times “Room for Debate” feature published a few days ago on the paper’s website offers four viewpoints on the law’s value after a decade, although the timeliness of the feature is tempered somewhat by its shallowness.

According to one writer, attorney Michael Peregrine, SOX’s benefit is largely conceptual, the law having catalyzed “a more robust respect for corporate compliance, fiduciary duty to shareholders and ethical behavior.” Another, Broc Romanek, who edits a website on legal issues pertaining to securities regulation and corporate governance, concedes that some of the new requirements embedded in the law “have stopped some frauds in their tracks,” but regards the larger pursuit of governance reform as “in its infancy as board failures remain too common.” A third, former SEC deputy chief of staff Kayla Gillan, points to the law’s merits as a deterrent: “Those who would seek to provide the market with misleading numbers are less likely to be able to do so because the public company internal controls are now much more effective.”

These are all lovely, essentially upbeat sentiments, but the Times package is incomplete because it comes off as a bit of a whitewash, omitting the widely held view on the right that the SOX law does more harm than good and should be dismantled. The Cato Institute crowd has been espousing this view for quite some time, and we now find ourselves with a major party presidential candidate who is on the record favoring outright repeal of the law.

While it’s certainly plausible (even likely) that a sweeping reform law passed in the emotional wake of scandal overreaches, it is hard to believe that doing away entirely with the law’s new regime of accounting controls and executive responsibility for the integrity of firms’ financial statements is a way to advance boardroom ethics. As the Wall Street Journal has reported, “Many businesses have complained that the new requirements are onerous and costly.” As well they should be.

SCt Aftermath: Cry Me a River of Indifference 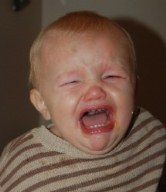 This post appeared on the Nashville Scene‘s Pith in the Wind blog.

It’s unremarkable that Republicans and assorted Obama haters reacted to the Supreme Court ruling on health care yesterday with a combination of despair and spitting anger. To give them some mild credit for civility, at least most who were disappointed by the outcome did manage to restrain themselves from their worst impulses, unlike the Indiana congressman who likened the ruling to 9/11 or the columnist who called it “the end of America as we know it.”

But it is remarkable that Republican leaders responsible for crafting and disseminating reactions seem wholly unable to understand what this issue is even about. An email blast Thursday afternoon from Tennessee GOP chair Chris Devaney articulated what we can take to be the official state party message on the ruling. The substantive elements of Devaney’s email are astounding in their blend of blatant disinformation on the one hand, and willful blindness to the social problems the health care bill is intended to address on the other. Let’s have a look.

Devaney: We have known since the day Obamacare was rammed through Congress at the final hour that the law was bad.

I gather “rammed through” is GOPspeak for “duly enacted by majorities in both houses of Congress.”

Devaney: We knew that this new law would add to the deficit, increase taxes, grow the national debt, and raise the cost of health care services.

Devaney: For months we listened to President Obama try to convince the American people that his new law was not a tax. However, today the nation’s highest court called it just that, a tax.

Roberts’ opinion calls it “an exercising of Congress’ taxing power.” Obama did in some interviews seek to frame it as a penalty rather than a tax, but it’s not as though Roberts and the Court’s majority just pulled the idea that it looks like a tax out of thin air; the Obama administration briefed and argued this angle for all to see.

Devaney: While America faced a difficult recession, President Obama and Democrats passed a law with 21 tax increases costing more than $675 billion over the next 10 years.

We can argue over specific numbers (and I’m not sure where that specific one comes from) but it is fundamentally dishonest to sum up in the bill in terms of the costs of some of its provisions. Scoring the whole thing involves a complicated blend of costs and savings — too complicated for Mr. Devaney, obviously.

Devaney: So much for defending the middle class.

I have no idea what this means.

I’ll grant that wonky disputes over the numbers get tiresome. What’s truly disquieting about Devaney’s messaging is not things said about the numbers, but rather things left unsaid about the real issue involved: the staggering number of people in this country without health care. In fact, with the exception of a passing (and factually misleading) reference to the cost of health care services, there is nothing in the Tennessee GOP’s response to suggests anything beyond callous indifference to the plight of those who lives are deeply affected by the country’s ongoing health insurance nightmare.

The Congressional Budget Office, which does the scoring that Devaney so badly misreads, estimates in its most recent analysis that Obamacare (or should we skip the formalities and just call it KenyaCare, Chris?) will reduce the number of people without health insurance by more than 30 million, and will up the rate of insurance for legal nonelderly residents to 93 percent in ten years (from its present 82 percent).

That’s a shit lot of people who will no longer live with the insecurity of knowing that an unexpected catastrophic illness (as opposed to the expected kind?) could wipe them out. Not only does Devaney fail to mention any kind of alternative path to solving the problem of underinsurance — a social ill that we alone bear uniquely among advanced nations — he doesn’t acknowledge even minimally the existence of the problem.

For at least the last decade the Republican party at both the national and state levels has conveyed unambiguously through word and deed that it has no interest in public policy that would significantly reduce the number of uninsured people. Chairman Devaney’s vapid and callous response to the Supreme Court’s action yesterday shows depressingly that nothing whatsoever has changed.